The Guildhall School of Dancing got its name from its first studio in The Guildhall in St Giles in Norwich where founder Miss Beryl Manthorp took down the wall bars in the existing gym and replaced them with ballet barres and mirrors.

In 1942 Miss Manthorp was called up for national service during WW2 so the dance school was put on pause.

She returned to Norwich in 1946 when the dance school officially reopened. The Guildhall was no longer available for use so classes were held in different venues until 1948 when the school moved to the Arlington Rooms.

In 1954 premises on Newmarket Road became available. Her father helped her to buy the property which was converted and extended providing the dance school with a new home for the next 64 years! 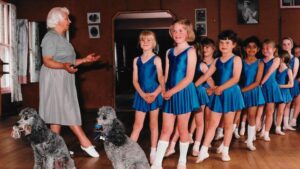 Mrs Waite transformed the school by redecorating and making a whole new wardrobe of costumes for the students to use. 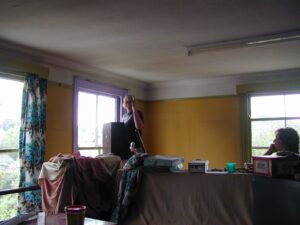 The uniform was updated and the technique of the whole school grew. With Mrs Waite’s teaching skills and experience as a senior examiner for the ISTD the school become known for its huge exam success and excellence in the area.

The biennial shows which were once held in the ‘in house’ theatre at the studio moved to the Walter Roy Theatre at the Hewett school in Norwich where the children enjoy performing under the professional lights and sound, with makeup and beautiful costumes in front of a welcoming audience. This is still a major highlight of the students’ time at GSD.

The Guildhall School of Dancing was made (and still is) the only ISTD Approved Dance Centre in Norwich. We are able to offer teacher training courses for those dancers who wish to pursue dance teaching as a career.

December 2018 marked an end of an era as sadly we had to vacate our Newmarket Road premises. 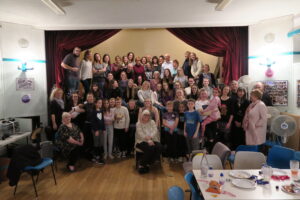 Going through the building and finding treasures from the over the years was an adventure and trip down memory lane with many volunteers helping with our moving out. We celebrated with a surprise indoor picnic with past and current students coming to say goodbye to the building. 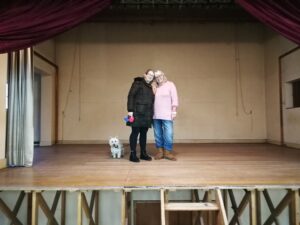 Classes continued in various hired venues while we searched for our new home which we finally found in September 2019.

We are now based at The Spinney in the grounds of City Academy in Norwich.

3 former class rooms have been transformed into purpose-built studios and a changing/ waiting area. 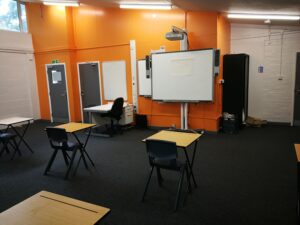 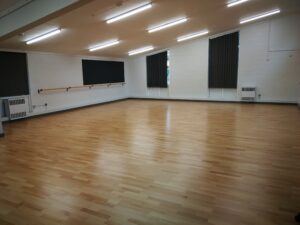 September 2019 brought another change as Abigail and Daniel Waite, 2 of Francesca Waite’s children have become teachers at GSD. After being brought up at the dance school and taking all of their ISTD exams they both went away to vocational college and ultimately danced professionally for years in the UK and overseas. After gaining their teaching qualifications they have come to work at the family business. The dance school has been brought into a new era with new teachers and a new studio but maintains the traditions and priorities that make GSD special. 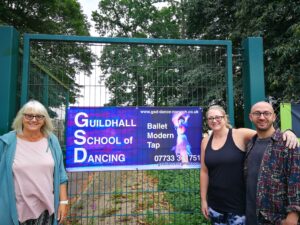 Despite the lockdown due to the COVID 19 pandemic we have managed to keep the dance school going through online classes on ‘zoom’ and kept the morale of the whole school up with some fun competitions and games as well as preparing for exams when we get back to the studio.

2021 marked GSD’s 75th birthday! We have survived WW2 so we can survive COVID 19. Let’s look forward to many more years of dancing together.

All classes must be booked in advance.

We will only use the details you enter here to contact you with regards to your enquiry.